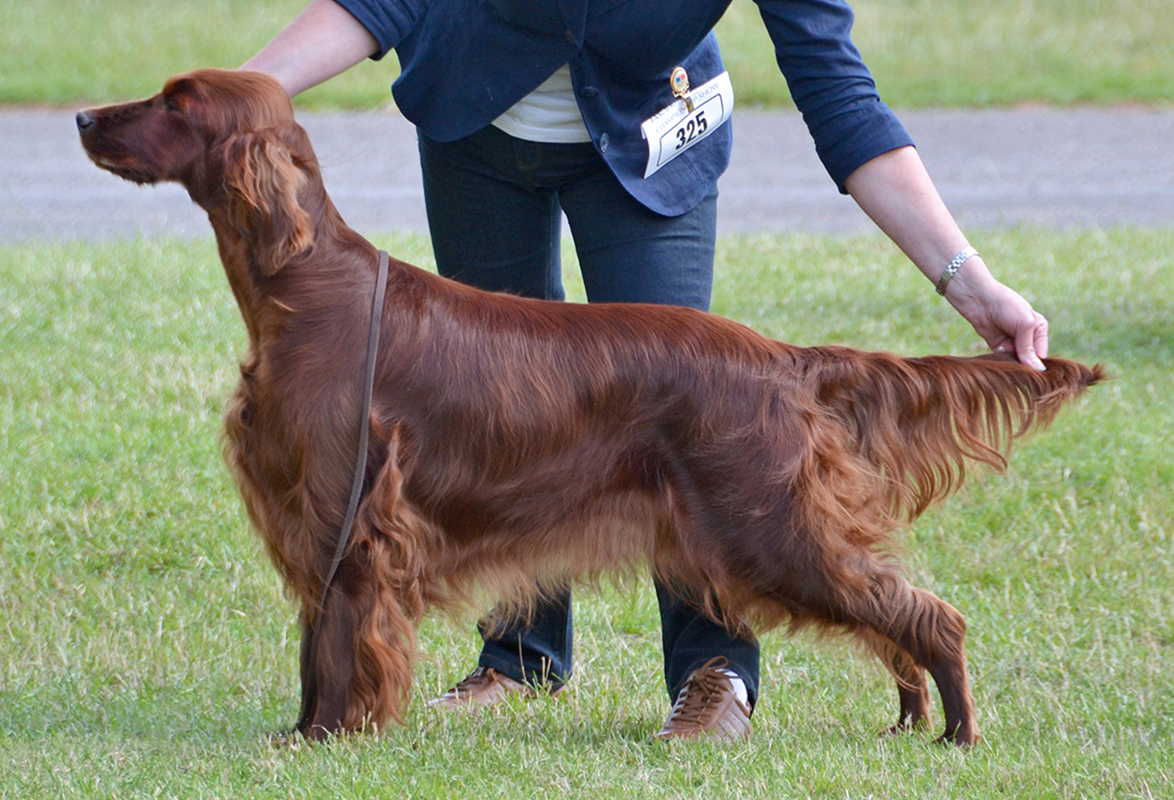 A Tribute to Coco

Coco was born at home with me in Northern Ireland, a daughter of lovely Aimee and our Harvey.  How fitting that my dearest friends, Alison & Frank Meadows, would want to have a girl from the new litter.  Eight babies; five of which were girls and of course, I wanted only the best for these special people.

I can distinctly remember the conversations about which name would go with this beautiful little girl. I’d decided upon a Mr and Miss theme as the mother was Ms. Dynamite and this is generally how our names are produced, by being something to connect to the mother. Quiet, gentle, kind, warm, friendly, compassionate, respectful would be words I would use to describe Alison and Franks characters.  So, when I asked them for some name suggestions for the litter, they did offer a few with Alison finalising her selection by saying, “as long as it’s not something like Miss Whiplash that’ll be fine”. But that was the fun of it all – quiet, serene Alison on the end of the lead belonging to Miss Whiplash…. It just had to be!  Growing on them by the day the choice of Coco, just seemed to fit as her everyday name.

Coco was a fun loving, spirited puppy who certainly gave Alison and Frank a run for their money, so to speak.  It wasn’t terribly long before this little madam had taken over the household, subtly pushing her way in, to become the head of the pack and having Alison and Frank jump how high!

She was adored and then some, by Alison and Frank whether it was her antics and idiosyncrasies or just her serene little face lying on the sofa – she had them hooked.

To then go into the showring and win consistently as a youngster, collecting her Junior Warrant along the way was another lovely time Coco gave to her special owners.  I remember so often the calls of delight on the other end of my phone as Alison relayed to me the events of another win they had experienced together.

Alison and Frank had previously made up the brother to Coco’s father, their Sh Ch Gwendariff Moet et Chandon and although they had girls at home over the years, none had shown such potential as Coco.  That potential was to be realised toward the end of 2010, when Coco won her first CC from Mrs Christine Morgan at Midland Counties, and a few weeks later collected her second CC at the prestigious Setter and Pointer Club from judge Barbara Birch. 2011 brought a further couple of Reserve CC’s and happy times, but that elusive third still seemed so far away.  By now Coco was approaching four years old.  We all desperately wanted her children as well as the third CC! So, gamble we did on having a first litter from her.  I found Copper’s Magiska Under to be a suitable Sire, sharing his photos with Alison and Frank as we chatted about the potential this might bring.  We all loved him – great! 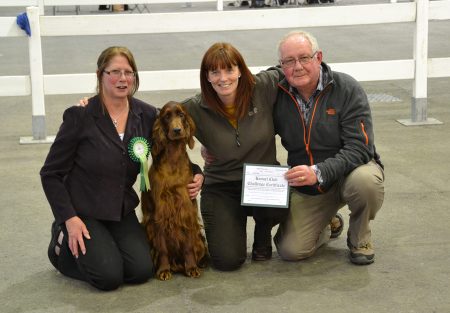 Coco came back to the ring in 2012, collecting another Reserve CC.  It was not until 2013 that Miss Cathy Loughlin ensured Coco was entitled to be called Show Champion Gwendariff Miss Whiplash, awarding her the CC at Birmingham Dog Show Society. A fourth CC followed the next year, awarded by Mrs Sandra Christian at Bournemouth.

All the while during these lovely fun times in the ring Miss Coco managed to overtake the top dog place within Alison and Franks pack, heading the unit on the twice daily walks, barking and yipping as she played across the Blackdown Hills of Somerset. 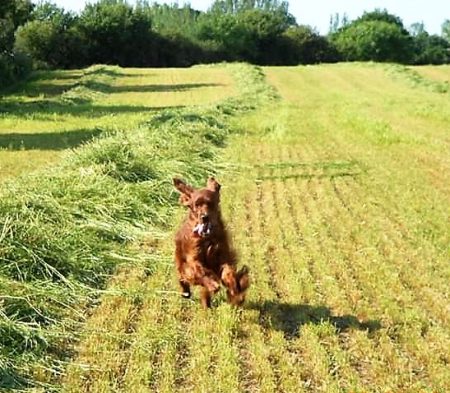 Never did any of us realise how she would impact the Gwendariff kennel. Through her now famous children, this marriage of Coco and Magiska Under has recharged the next generation and the progeny thereafter.  Coco’s children, Sh Ch, Ir Sh Ch & Int Ch Gwendariff Whippersnapper, Ir Sh Ch Gwendariff Walnut Whip and Gwendariff Whipsa Daisy have produced over 11 Champions throughout UK, Ireland and Internationally, including last year’s Crufts principal winners.  Her most acclaimed child, Whippersnapper amassed some 33 CC’s, 14 Best in Shows and was Top Dog All Breeds in his native Ireland too.  Coco’s daughter Walnut Whip is renowned as being one of the most influential broods for the kennel, and Alison and Franks own Whipsa Daisy produced the Gwendariff kennels youngest ever champion too. Such was the power of Coco’s genetic imprint, she won the ISAE’s coveted Top Brood Bitch award in 2014, as well as the ISBC’s Top Brood award for two years, in 2014 & 2015.  We are all justly proud of what Coco has achieved.

Dog shows are one thing, but it is in the day to day living with our wonderful companions that each of us finds a sense of warmth and belonging.  Alison and Franks love for Coco knew no bounds – whatever she wanted she got.  Alison loved to cook for Coco and the dogs as part of her routine – in fact, the dogs could be said to have been eating roast chicken on a daily basis and the humans may have been eating beans on toast! The summer vacations along the Cornish beaches too saw Coco build memories that created fun, smiles and laughter in abundance.

Coco’s love for her family too was without doubt. Her special place on the sofa is now void.  I know Alison and Frank are truly heartbroken at the loss of such a matriarchal personality, of their girl, the boss, the one who ran the show.  Coco was given sleep through broken hearts, through blinding tears and through the selfless act of love.  Love for a girl who had stolen the biggest part of their hearts and who deserved this gracious act of kindness to ensure her dignity and no further suffering.

Owned in partnership with our dear friends Alison & Frank Meadows, Coco had only 1 litter during her lifetime. And what a litter it turned out to be! I decided to mate her to top young Swedish boy COPPERS'S MAGISKA UNDER –  introducing new lines in the hope of bringing us the next generations of new Gwendariff Stars. What a dynasty it turned out to be.  Our kennel's top Male achiever is GWENDARIFF WHIPPERSNAPPER, a Whiplash son from this combination.  We also kept his sister GWENDARIFF WALNUT WHIP, who tragically had an accident rendering her Show career over at an early age – she did however excel as a Brood, and in fine style too!  Alison & Frank retained GWENDARIFF WHIPSA DAISY – another girl who has produced us a number of winners. To say we are proud of Coco’s kids is an understatement! See PROGENY PHOTOS below

A few of Coco's Progeny