Hashtag Elsie, as she became known, was trending at No.2 in March 2020, just behind the UK coronavirus! How cool was that? Never did we imagine that our little puppy who had now won the Gundog Group at Crufts in 2020 would capture the audience that was the great British public. Interviews with Claire Balding on National Television, representing the Gundog fraternity of our dog show community, was electric and an exhilarating part of our awesome day. I’m not sure if Elsie’s owner, Debs Armitage, stopped smiling till she fell into bed at 2 am.

This was an experience like no other dog show day and one which would become etched in our memories forever, such was the importance of this win. A big winner in her own right Elsie, GB Show Champion, Irish Show Champion and International Show Champion Gwendariff Coco Nut Cream was the Gwendariff Kennels Bitch CC record holder, following on from her grandmother.

Exclusively handled by breeder Diane, Elsie was quite an exhilarating charge. She knew when to step up her game and when to show off too. She loved the atmosphere and played to the crowd. This was what we had all been working towards for years and now it had moved from being a dream to actual reality. Although this was not the first time we had graced the big ring at Crufts, it was the first time to make it to the final 7 out of 20,000 dogs.

The camaraderie between the final 7 winning handlers and owners was incredible – each wanting to win but with a warm and helpful approach to each other to ensure ‘the finale for the Kennel Club’ went smoothly and professionally. After a tense wait, Best in Show was awarded to Maisie, the Wire Haired Dachshund, who had won the Hound group earlier that day.

Our heartfelt thanks must go to breed judges Mrs Jackie Lorrimer (Bitches) and Mr Brian Limpus (Dogs) for choosing Elsie to represent the Breed. Mr Per Iversen, from Norway selected Elsie for the No. 1 Gundog spot!  THANK YOU just doesn’t seem enough. Gundog Group winner at Crufts?…….awesome! How special to have been chosen by this revered Gundog specialist and world renown judge of such high calibre. We felt humbled, proud and absolutely honoured. Per Iversen’s name is at the pinnacle of Gundog circles throughout the world. 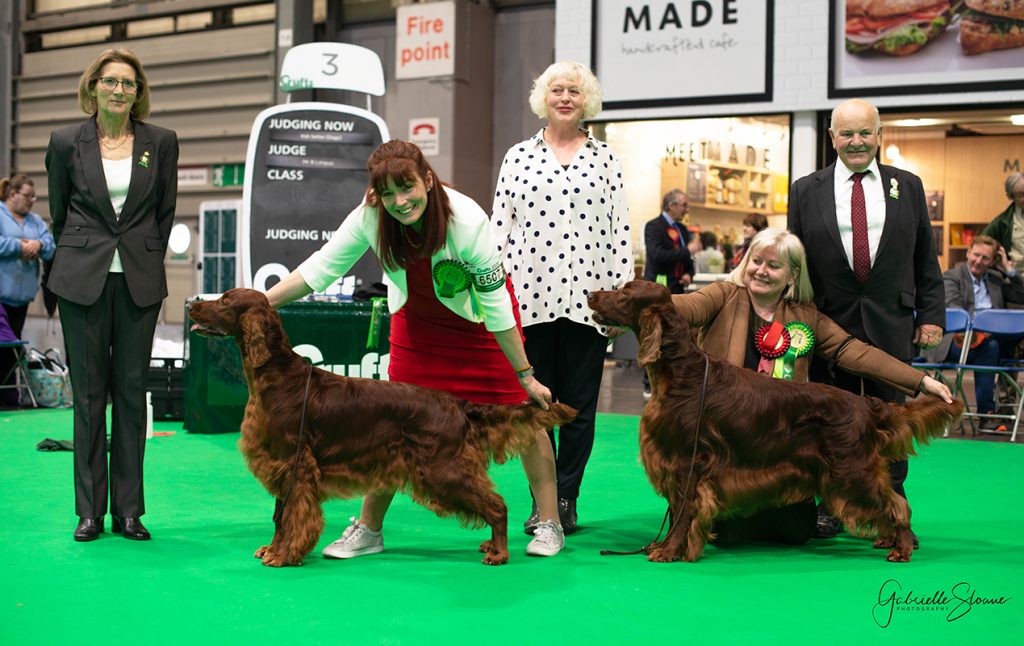 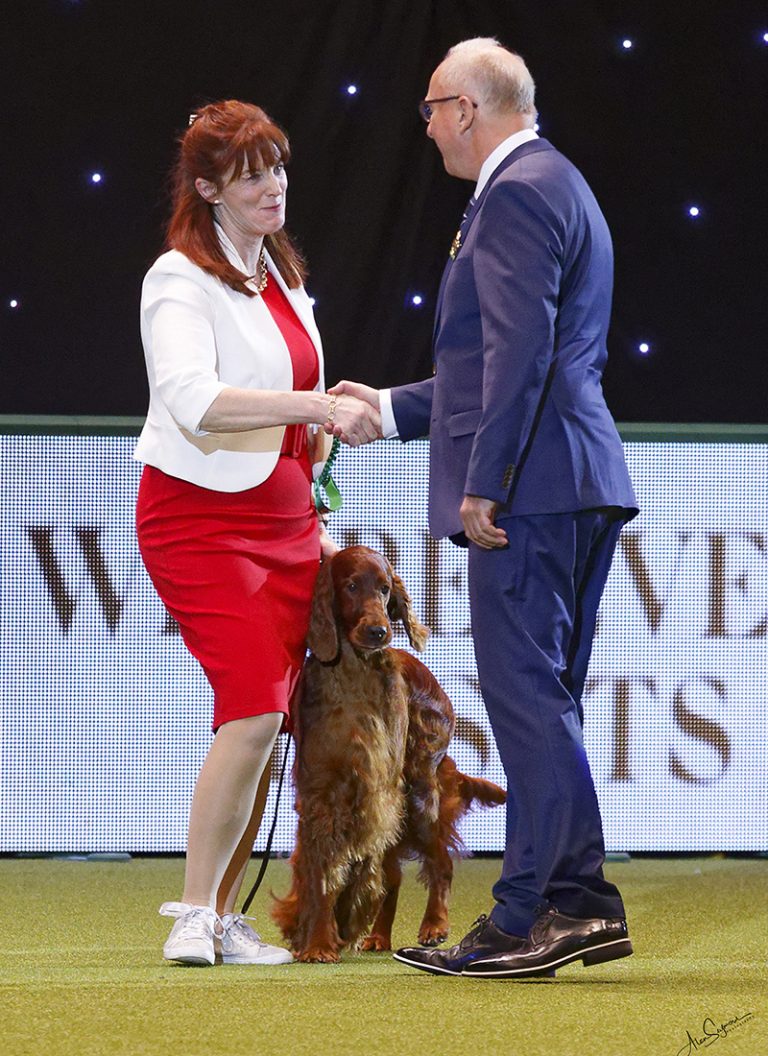 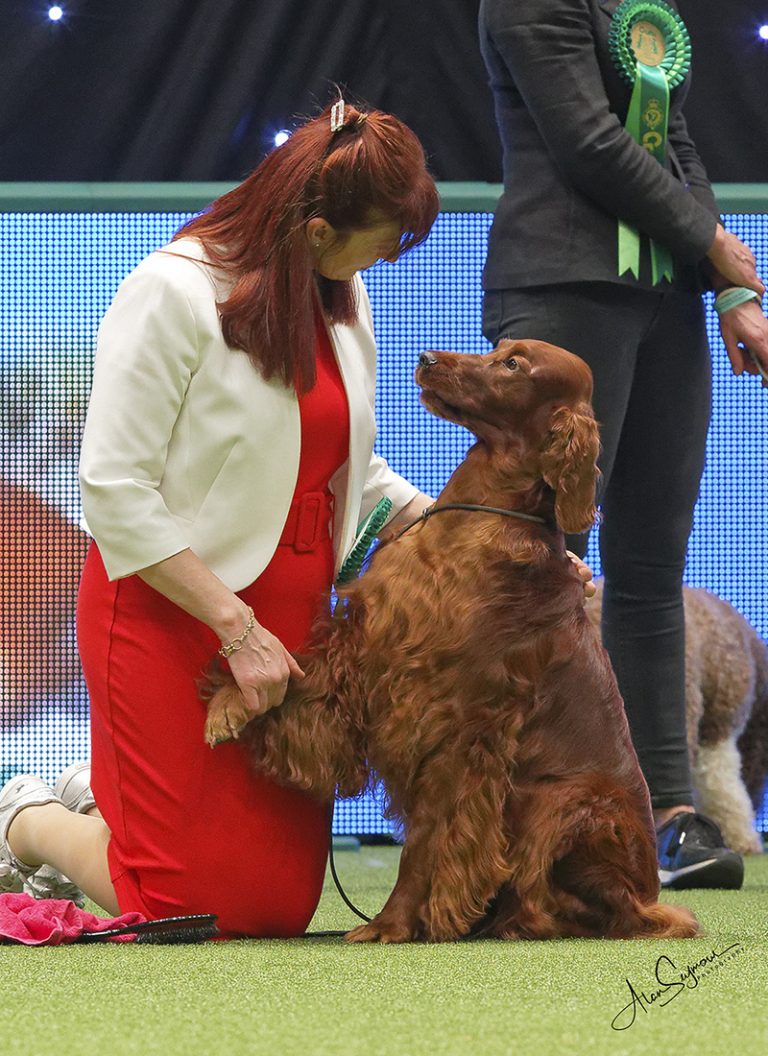 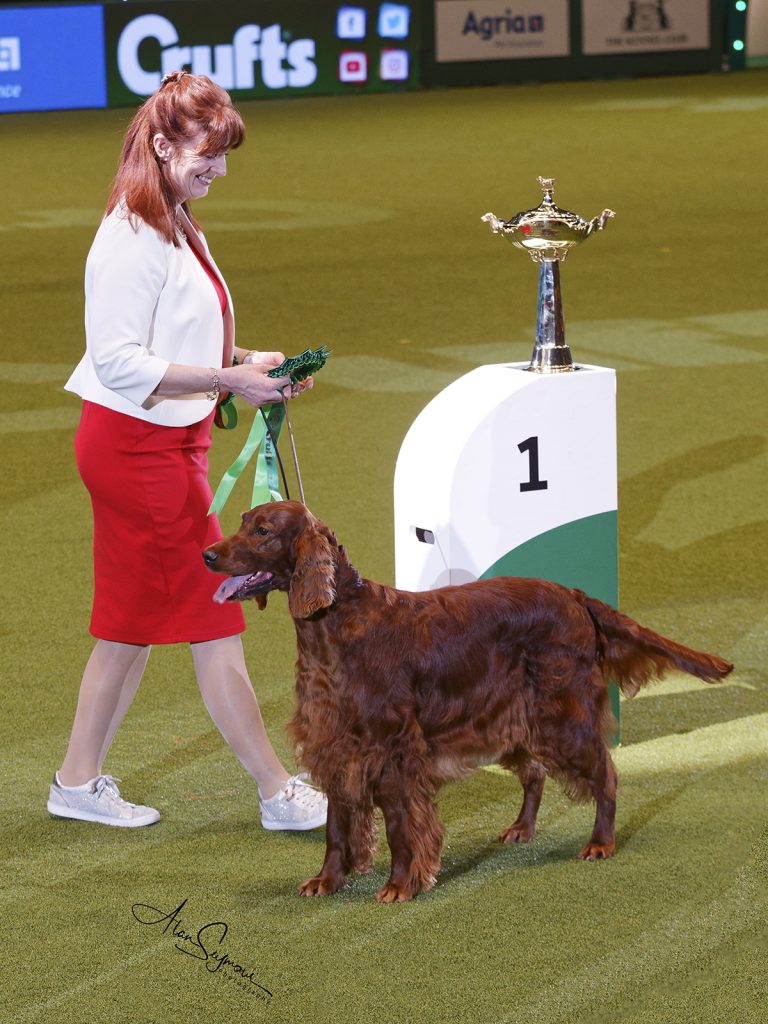 We hope you enjoy our series of photographs from the Canine world’s awesome photographers, displaying a pictorial reference of Elsie’s CRUFTS 2020 in all her glory. Thanks especially must go to photographers Alan Seymour, Laura Kolbach, Julia Titovets, Kasia Czapla, Gabrielle Sloane, Dora Levstek, Gregorz Gebik, whose expertise behind the lens allows us to relive the moment each time we visit our Elsie Crufts page. 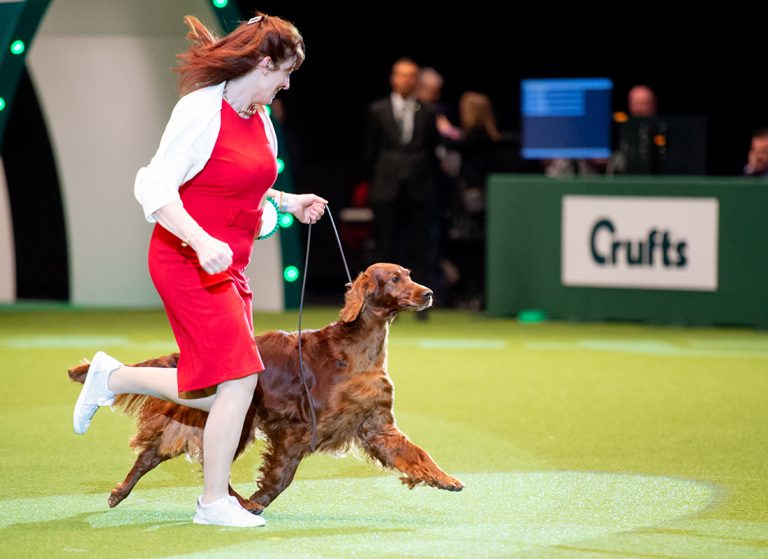 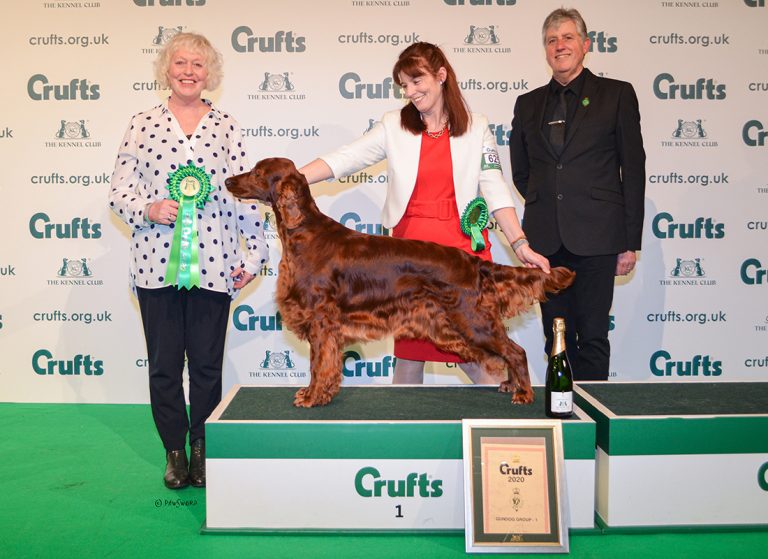 To all those who sent flowers, cards, messages, emails and texts and to our own special team who supported us on the day and those days after – THANK YOU all so much. What started off as another day at Crufts turned into the most amazing and joyous day. Your kind words and deeds made it even more special. We have been humbled by the reception #Elsie has received as she represented the breed at the Worlds Greatest Dog Show in 2020. To say we are proud of Elsie is nothing short of an understatement. #Elsie, Elsie, Princess Elsie, Coco Nut Cream, you are such a Diva …….but my, do you rock! 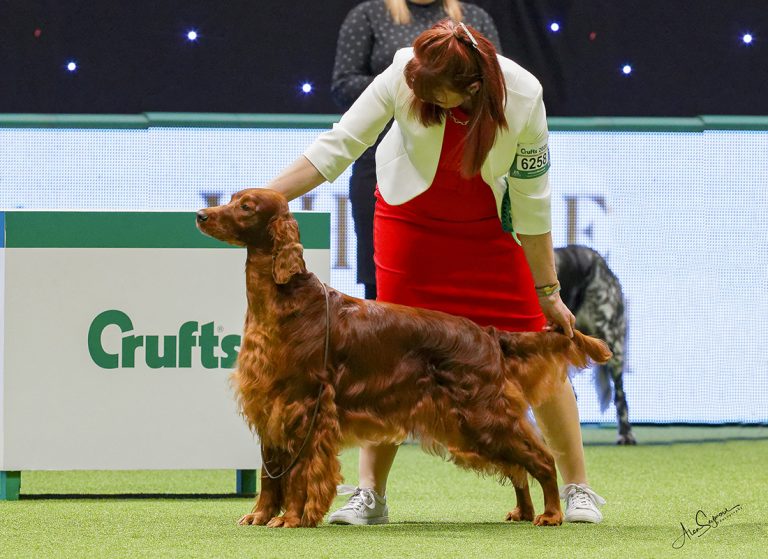 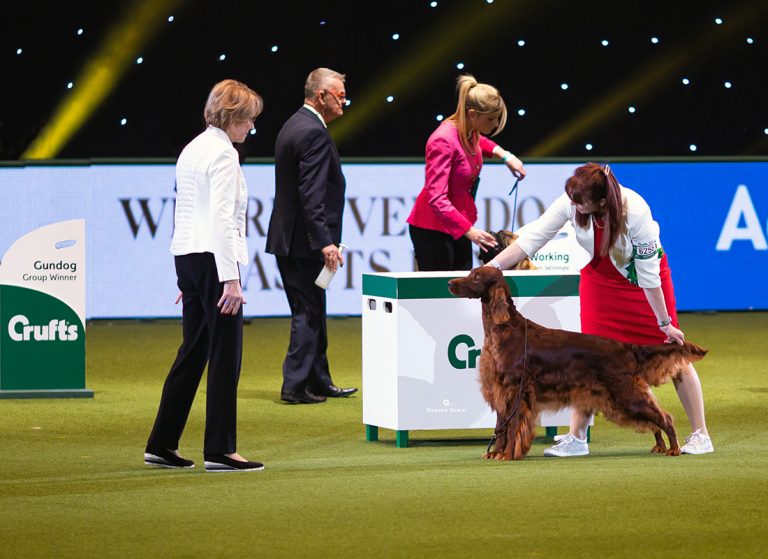 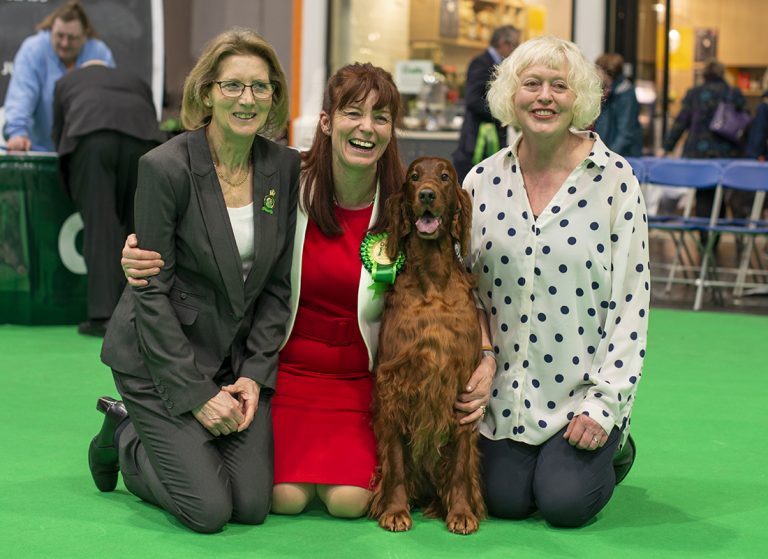 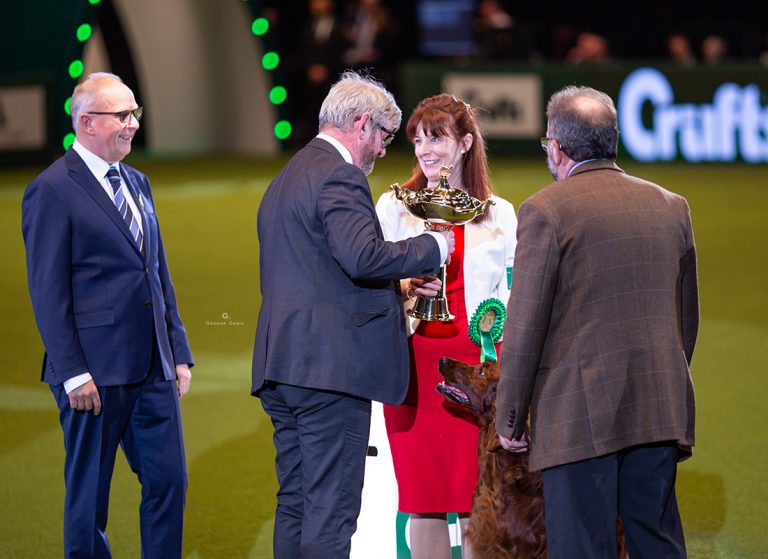 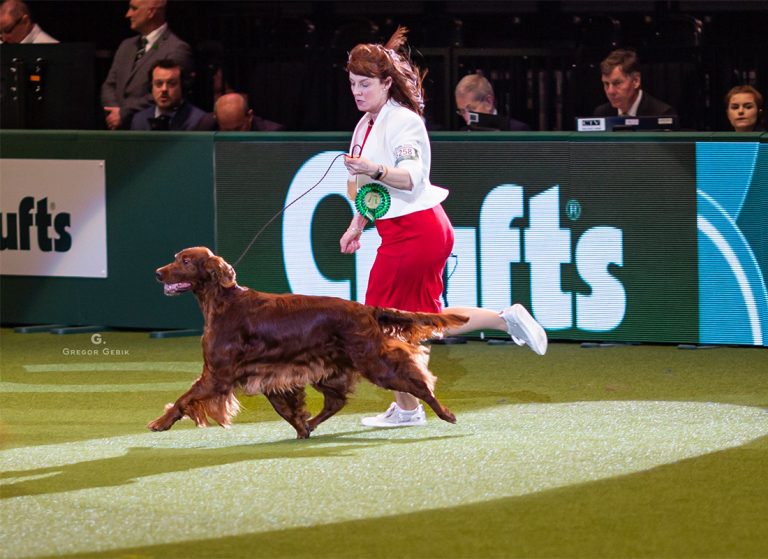 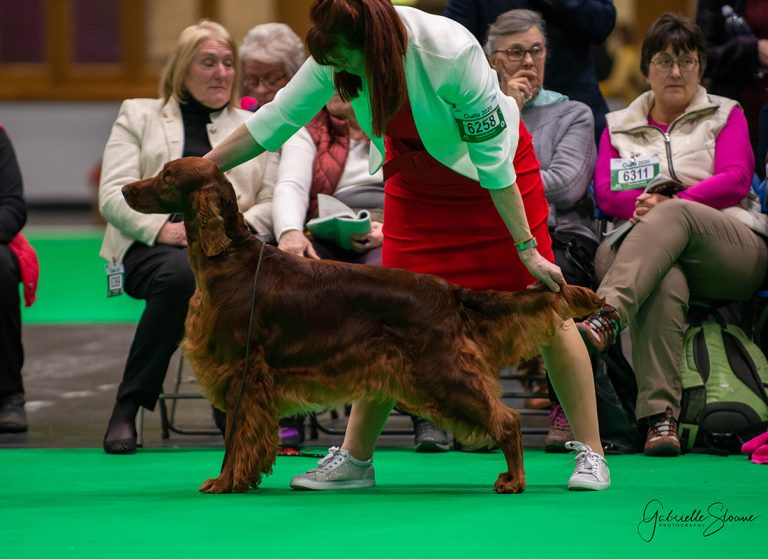 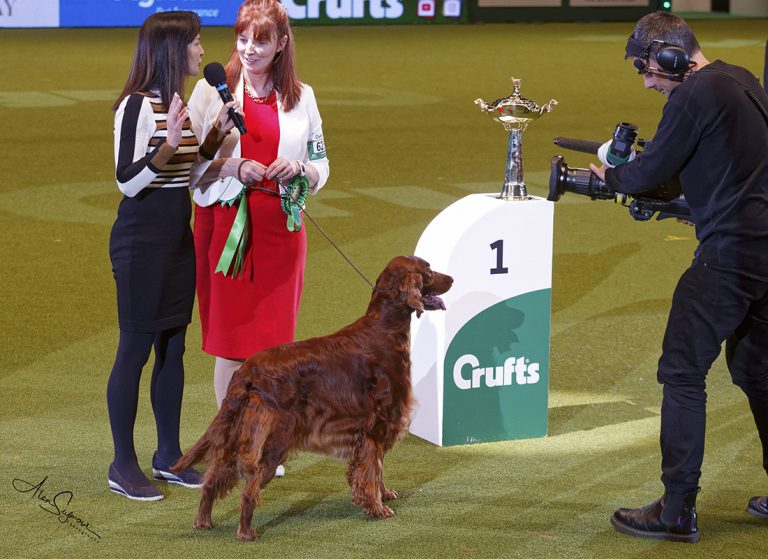 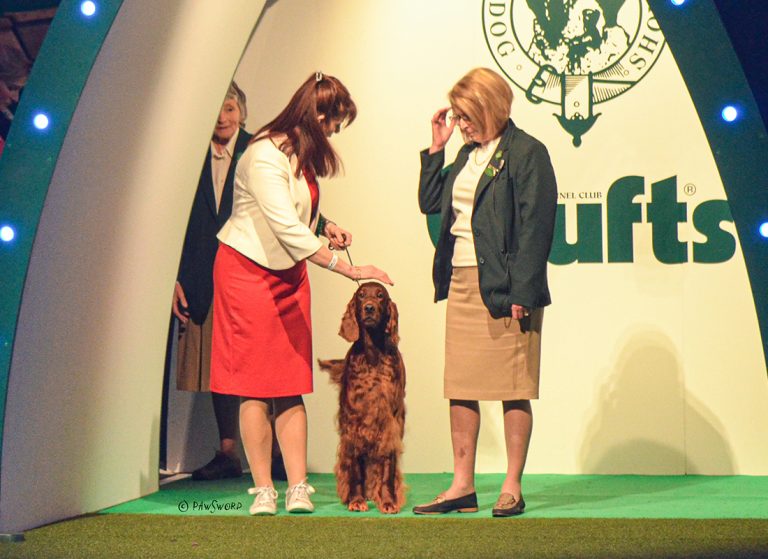 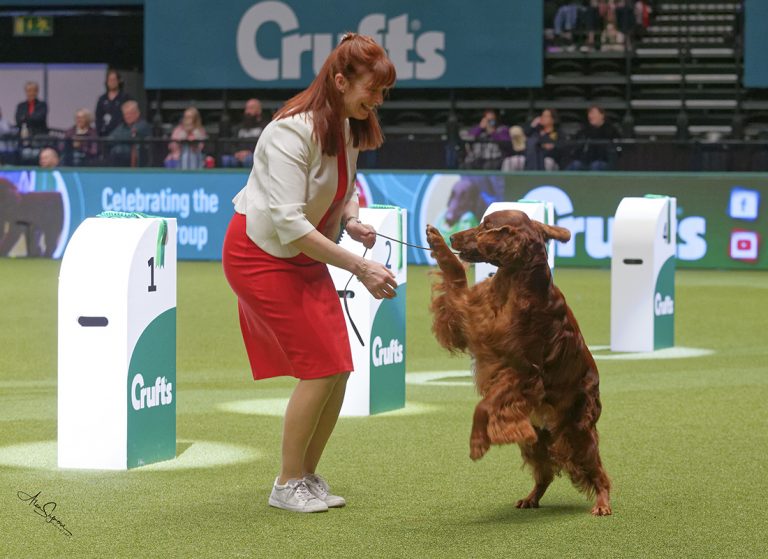 See our Channel 4 interview with Clare Balding after our wonderful Gundog Group win at Crufts  (view at 1:50:00)