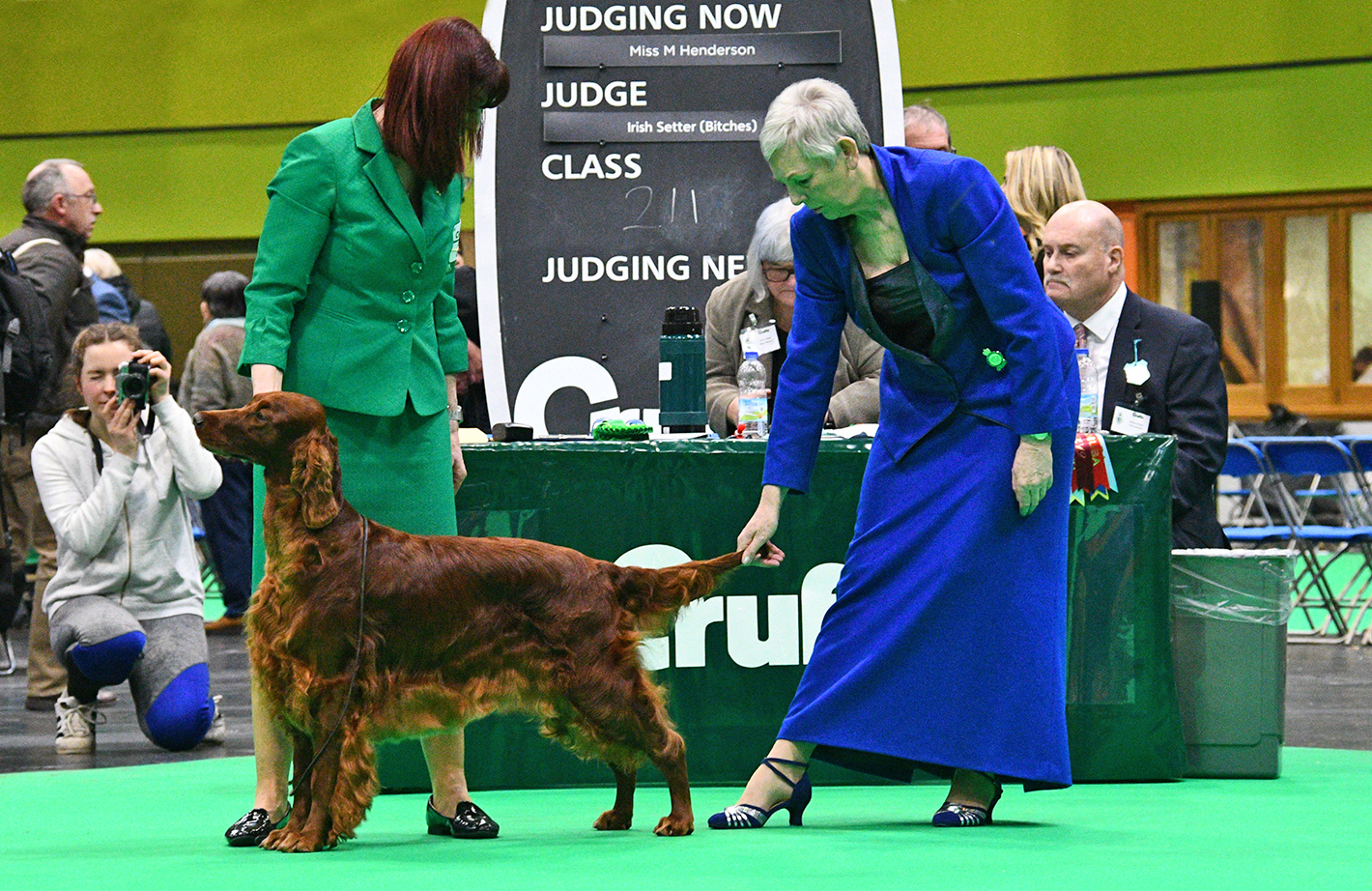 If someone had told us that we would come home from CRUFTS 2019 having won ALL of the major awards, bar one, we would never have believed it! It’s a bit like a fairy tale. Almost un-imaginable, actually. Well, that is exactly what happened! We are super proud to list those winners here – how lovely for these amazing owners to have such opportunities to experience and memories to reminisce over, for many years to come.

To our owners, “Thank you for loving our dogs and allowing them to shine at The World’s Greatest Dog Show – we are so proud of you”.

We have had many notable wins at CRUFTS DOG SHOW over the last twenty years.  It also gives us such immense pleasure to know that during that time, on 27 occasions, owners of dogs bred by us have achieved Crufts Class wins, with several of those going on to win the major awards within the breed competitions.  This figure does not include any dogs owned or partnered with us.

In 2015 it was the turn of much loved and admired boy, Daniel to represent the Gwendariff’s with another of the major credits. Officially, Daniel is called GB SH CH GWENDARIFF ROCKIN ROBIN, and this win was his second such award for he and owner Sue Edwards. On this occasion, he won the Reserve CC at Crufts from the Veteran class.  The judge officiating was Mrs Gillian Barker-Bell, herself a well known and successful exhibitor. It just goes to show how this slow maturing breed are still looking magnificent in Veteran class if they have been exercised and managed correctly. 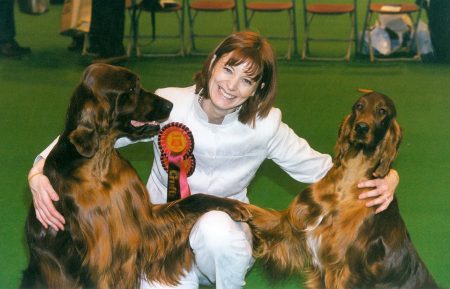 DOM PERIGNON was the first to give us the taste of the Crufts Group ring experience in 2004, having won Best of Breed.  For the kennel this was a ‘first’ and was certainly quite an occasion. You can view Harvey’s Crufts videos below too.

His sister Lucy,GB SH CH GWENDARIFF POP MY CORK, shocked us all in 2006 when she too added the Top Bitch award, the Crufts CC, to her ever increasing list of achievements.  In fact, the two 2006 Crufts  winners, culminated that year as the Top Irish Setters of each sex within the breed. Totally fabulous!

In 2009, it was a father and son double act.  DOM PERIGNON was, by this time, almost 8 years old but looking amazing, so we kept him in the hotly contested Open Class. His young son, GWENDARIFF ROCKIN ROBIN was already showing extreme potential and had amassed a certain fan club. The dog judge was established specialist, Mrs Viv King who certainly liked a certain style of Irish, choosing as her winners, a number of Gwendariff boys as she progressed through the classes. Winning the Dog CC was our own SH CH & IR SH CH GWENDARIFF DOM PERIGNON, and amid quiet shrieks of delight we were all totally overwhelmed when his young son GWENDARIFF ROCKIN ROBIN, owned by Sue Edwards, won the Reserve CC from the Yearling class – Wow! That was pretty special!

We hope you have enjoyed sharing our special Crufts memories.

We have also included a number of photos and VIDEOS of these special occasions.

These videos are also available on each of the Crufts Winners individual pages in OUR CHAMPIONS Section.

CRUFTS really is THE WORLD’S GREATEST DOG SHOW -
but we always take the best dog home, win or lose.