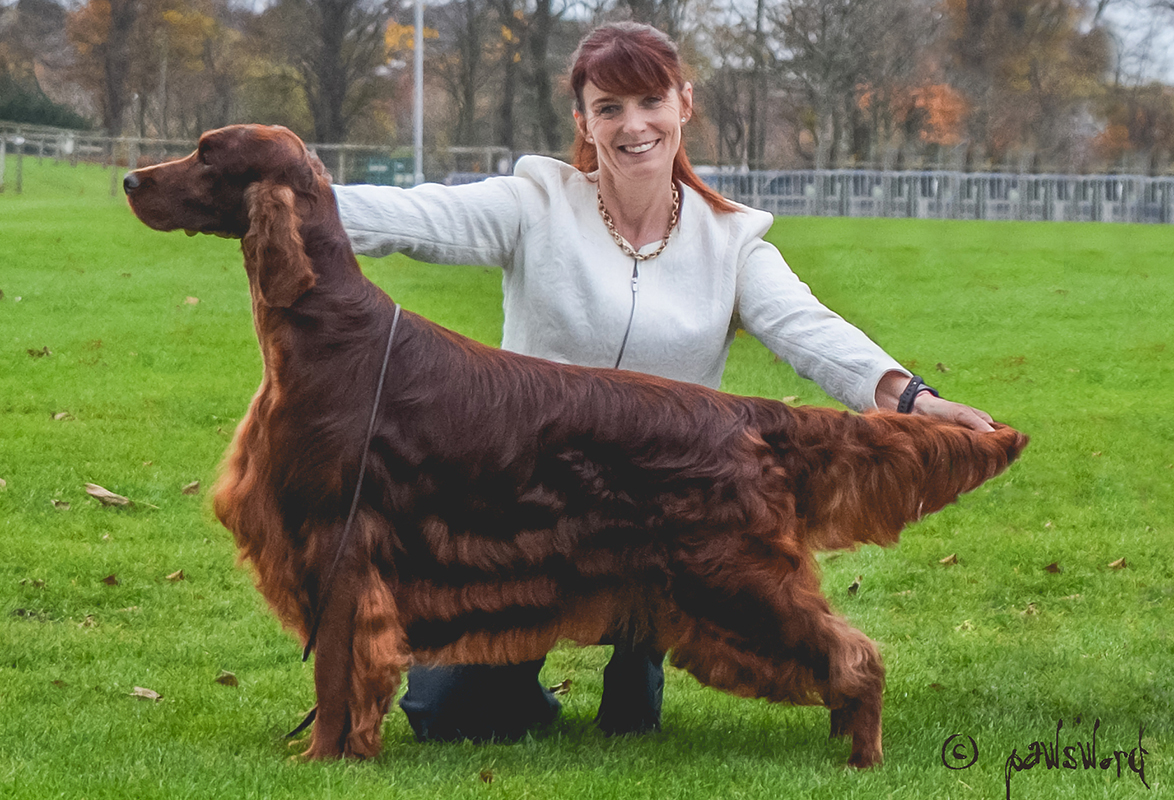 GB Sh Ch, Ir Sh Ch & Int Ch Gwendariff Whippersnapper JW CW’18 is the Kennels CC record holder across both sexes.  This fabulous Show Dog has collected 33 CCs, 30 of which with Best of Breed and 22 Reserve CCs.  His tally of Best in Show, Groups and other such awards I believe is way into the high thirties, for certain he can lay claim to 14 Best In Show wins within those numbers. Top Dog All Breeds in his country of origin in 2015, is an achievement to be heralded as well as achieving the pinnacle of the years’ events winning the coveted title of Champion of Champions in 2018.

Nilsson was very lightly shown through his final years in UK competition and never competed in any Veteran Classes at all. He retired from sustained competition in his native land after winning the Top Dog campaign. His fabulous record included 11 occasions winning alongside many other Gwendariff girls – each having taken the top spot in their relative genders.

Now, life for Nilsson is relaxed, chilled and of course totally spoiled.  On occasion he may have a special lady or two to visit – but in general he is living the high life after taking us on one hell of a rollercoaster ride! It’s been a whirlwind journey for all those involved with this amazing boy.

Some dogs are just way beyond special…………….

Nilsson is a very experienced Sire.  He has sired litters in GB and Europe.  Successful matings have resulted from the use of frozen and chilled semen.

Lightly used at stud in the UK, he has produced two Show Champions and another female on 2CCs and 1 RCC.  His most accredited son, GB SH CH GWENDARIFF THYME BOMB AT JACWILINS JW was the CRUFTS Dog CC Winner in 2020.

Nilsson has a number of new young hopefuls coming to the ring in the not too distant future.

We are very excited about the next generation of Nilsson babies.

A selection of Nilsson's Progeny